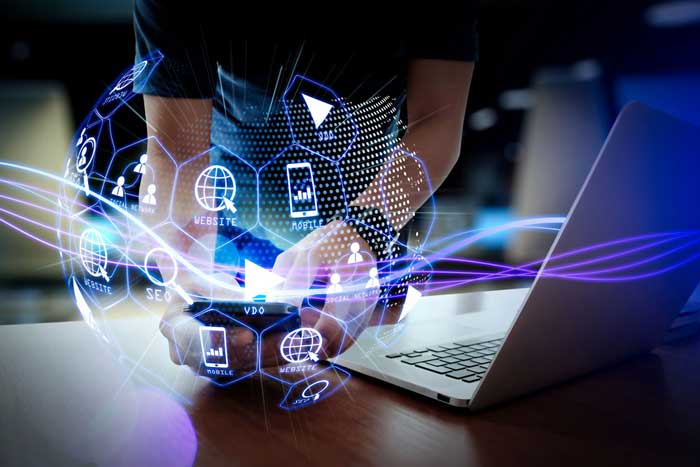 If you’re trying to get your head around the differences between Demand Side Platforms (DSP) and Ad Networks to decide which you should be using, the best distinction to start with is that DSPs are a layer of technology that allows advertisers or agencies to buy ad space programmatically, while Ad Networks collect and sort inventory from publishers into packages based on segment which advertisers purchase individually.

Many view Ad Networks as old technology, and DSPs as the future. Let’s take a closer look at them individually to see exactly what they do, to help you identify which you should be using.

Ad Networks collect inventory from publishers, sort that into categories, and then sell those “packages” of inventory to advertisers. Ad Networks are not automated and they require separate contracts for each purchase. There are different types of Ad Network:

Horizontal: Horizontal Ad Networks add with a huge number of publishers, with pretty low barriers to entry, and operate on a cost-per-click (CPC) basis. This type of network is good for low budged campaigns, but offers little opportunity for targeting.

Vertical: Vertical Ad Networks offer a more targeted approach. They work with publishers in a particular niche such as “lifestyle” or “sports”, giving the advertiser a better chance at hitting the right audience.

Premium: Premium Ad Networks only accept inventory from the most reputable publishers.

Ad Networks have been criticised for their lack of transparency because neither advertisers nor publishers are aware of the partners they’re dealing with. Another shortcoming of Ad Networks are their fixed segmentation and CPM prices.

Don’t confuse Ad Networks with Ad Exchanges. Ad Exchanges are marketplaces where ad inventory is bought and sold via RTB.

Put simply, DSPs allow advertisers to purchase ad inventory programmatically from Ad Exchanges, Ad Networks and SSPs, but the real benefit they offer is audience targeting. They allow an advertiser to reach high-value, high-intent audiences at scale across the web to drive conversions. A DSP allows them to engage in audience retargeting based on 1st-party data—i.e. to target users that have previously visited a website or shown intent by entering a shopping cart, for example. A DSP also allows for prospecting, where advertisers can bid on audiences based on look-alike models, 3rd-party data, or categories.

The other key feature of a DSP is its Real-time Bidding (RTB) capability. This allows display ad inventory to be purchased at the individual impression level through bidding. An Ad Exchange holds an auction for each impression, with bid requests sent to DSPs. The DSP determines a bid amount based on the value of that impression, and bids automatically on behalf of the advertiser. Bidding takes place in milliseconds, before the webpage and winning ad is viewed by the user.

Other benefits of DSPs are:

Automation, RTB and in-depth targeting options have made DSPs the popular choice for most advertisers. The advertiser gets access to the inventory of a huge range of publishers globally at a market-determined price, and all they have to do is manage their campaign as the actual buying process is taken care of automatically by the DSP.

Facebook Import is now available for Microsoft Advertising. Advertisers will be able to import 10.000 campaigns for each account.